Progressive drooping of the eyebrows and wrinkling of the forehead are some of the earliest and most recognizable signs of facial aging. Sagging eyebrows and forehead skin may give the appearance of being tired or angry, and often contribute to fullness in the upper eyelids.

In the past, the only solution was traditional upper facelift surgery involving large scars and a lengthy recovery period. Fortunately, recent advances in endoscopic surgical techniques have allowed for the development of a procedure that has revolutionized management of the aging brow – the endoscopic forehead lift. This minimal-incision procedure can smooth out forehead wrinkles and correct drooping brows and heavy lids to provide a younger, more rested appearance. Because endoscopic surgery is less invasive, there are fewer complications and the recovery is much faster.

Visit the Brow Lift Before and After Gallery

What is endoscopic surgery?

Endoscopic surgery is a technique in which the surgeon uses an endoscope (a miniature camera) to see inside the body. The use of the endoscope in facial rejuvenation allows surgery to be performed through much smaller incisions than those used for traditional facelift surgery. The incisions, usually located behind the hairline, are just large enough to allow the endoscopic camera under the skin so that the surgeon has a clear view of the muscles and soft tissues beneath. Using another small instrument inserted through a different incision, the forehead skin is lifted and the muscles and underlying tissues are modified to produce a smoother appearance. The eyebrows may also be lifted and secured into their higher position by absorbable tacks placed beneath the skin’s surface.

What are the advantages of the endoscopic approach?

The major advantage of endoscopic surgery over the standard upper facelift is that the incisions are much smaller and therefore the risk of bleeding, hair loss, scarring, and scalp numbness is significantly reduced. Since surgery is less invasive, recovery is faster with most patients returning to work within a week.

Endoscopic brow lift surgery is performed in our accredited outpatient surgery center under local anesthesia with deep sedation, and generally takes about an hour. Surgery is performed using a tiny fiberoptic lens inserted through several half-inch incisions placed in the hairline. The lens is attached to a camera, which is connected to a television, allowing for visualization of the surgery. The endoscopic camera placed beneath the skin allows the surgeon to identify the main problem areas and modify or reposition them to improve the appearance of the forehead. Absorbable tacks may be placed beneath the skin to elevate the brows if needed. When the lift is complete, the scalp incisions are closed with small skin clips. Brow lift surgery is often combined with laser eyelid surgery to reduce upper eyelid fullness and lower eyelid bags. Laser resurfacing may also be used to fade away lines, wrinkles, and other signs of sun damage.

Postoperative pain is usually minimal. As the small incisions heal, there may be some scalp itching and numbness, both of which will diminish with time. Swelling and bruising can be minimized by elevating the head and using cold compresses for the first several days. Small clips used to close the small incisions are removed 5-7 days later. One of the chief advantages of endoscopic surgery is that the recovery is much quicker than if the procedure were performed with the”open” approach. Most patients are back to normal activities in about one week.

What are the risks?

As with all surgical procedures, risks are involved and complications may occur, but side effects are generally less common than those following older techniques. Some initial swelling and bruising are to be expected. Similarly, transient itching or scalp numbness may occasionally occur. Although much less common, surgical complications may include infection, fluid accumulation beneath the skin, nerve damage or loss of feeling, bleeding, or an adverse reaction to anesthesia.

What are the alternatives?

Through the years, a number of procedures have been developed to soften forehead lines and raise the level of drooping eyebrows. The oldest procedure, known as the coronal forehead lift, involves making an ear-to-ear incision across the top of the head behind the hairline. A strip of the scalp along the length of the incision is removed so that the forehead may be pulled up. This procedure elevates the eyebrows nicely, but also raises the hairline and results in a long scar. A modification of this technique, the pretrichial forehead lift, involves a similar incision moved forward to just before the hairline. This does not elevate the hairline but is otherwise similar to the coronal forehead lift. Both of these techniques may cause prolonged scalp numbness and are followed by a longer recovery period. Finally, the direct brow lift is performed by excising excess skin immediately above the eyebrow. Although this may be a good technique for some men with deep forehead creases and bushy eyebrows, it should not be performed on patients who are unwilling to accept a small scar above each eyebrow. 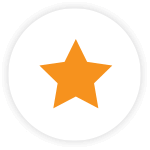